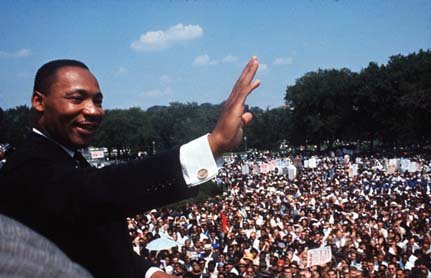 As we reflect on the life and service of Dr. Martin Luther King, Jr. today, we should also think about the future possibilities that this country will continue to “will rise up and live out the true meaning of its creed: “We hold these truths to be self-evident, that all men are created equal.”  The election of President Barack H. Obama is by no means the mountain top, but it definitely is a first step.  There will be naysayers who will want to return  to the status quo, but we should no longer accept that as a viable option. 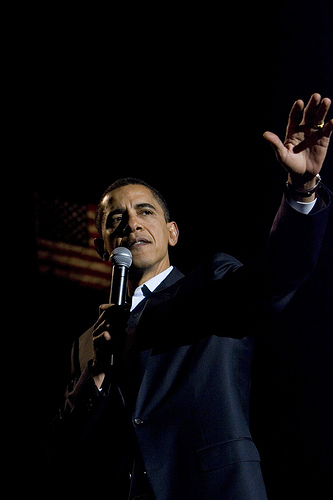 Today feels like Christmas Eve.  I am excited about the gifts that may be found under the tree of Democracy:

President-Elect Barack H. Obama will take  the Oath of Office on January 20, 2009  “I do solemnly swear (or affirm) that I will faithfully execute the office of President of the United States, and will to the best of my ability, preserve, protect and defend the Constitution of the United States.” We, as citizens of this great country, should also recite an Oath (a part of the same oath I took when I became a citizen of America), “I pledge to support, honor, and be loyal to the United States, its Constitution, and its laws. Where and if lawfully required, I further commit myself to defend the Constitution and laws of the United States against all enemies, foreign and domestic, either by military, noncombatant, or civilian service. This I do solemnly swear, so help me God.”