I hope all of you had a wonderful weekend.  We have been having a wonderfully warm fall thus far.  So grateful for sunny skies!

I have been hearing this song on the radio, but always missed who it was singing it.  I would have never guessed it was Trey Songz!  “Can’t Help But Wait” has a nice groove to it and I can’t wait to see the continuation of the story line.

GOD’S MERCY by Kari West from “Dare To Trust, Dare To Hope Again”

When tears are the only language you know, God hears.

When pain forces you off course, God stabilizes.

When loss wears you down, God comforts.

When grief suspends your progress and saps hope, God remains.

I just wanted to give my two cents on this issue since I am a puppy fan (my puppy will be one next month!).  I certainly understand that there was a contract signed stating that Iggy should be returned to the organization if he did not work out with Ellen and Portia.  At the same time, I think Mutts and Moms went about it the wrong way.  I see nothing wrong with Iggy going to Ellen’s hairdresser and having Mutts and Moms check out their home.  It kinda feels like Mutts and Moms was looking to make an example out of this situation.  In my opinion, it’s better to just do good than to follow the rules.

If it were up to me, this site would be called Purses, Pumps and Gloss.  I am addicted to purses like Mix and Sen are addicted to shoes.  I got a really neat storage organizer from Ikea and I have it filled with purses already.  So, from time to time, I will share a purse that has grabbed my attention.

My Mom recently got a new Coach purse, and while I had seen it on the website, it really didn’t grab me until I saw my Mom’s in person. 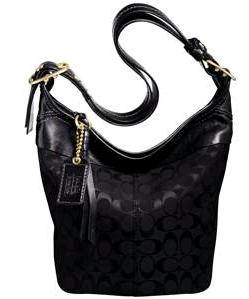 The Bleecker Signature Duffle is so sharp in person.  I love the leather on it. 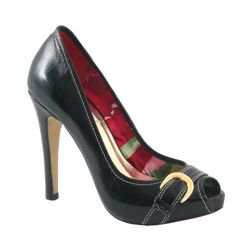 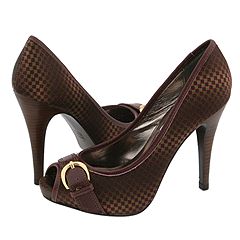 ATLANTA (Reuters) – Lipsticks tested by a U.S. consumer rights group found that more than half contained lead and some popular brands including Cover Girl, L’Oreal and Christian Dior had more lead than others, the group said on Thursday.

The Campaign for Safe Cosmetics said tests on 33 brand-name red lipsticks by the Bodycote Testing Group in Santa Fe Spring, California, found that 61 percent had detectable lead levels of 0.03 to 0.65 parts per million (ppm).

Lipstick, like candy, is ingested. The Campaign for Safe Cosmetics, a coalition of public health, environmental and women’s groups, said the FDA has not set a limit for lead in lipstick.

“It’s critical that manufacturers reformulate their product,” said Stacy Malkan, a co-founder of the coalition. “It’s possible to make lipsticks without lead, and all companies should be doing that.”

Lead can cause learning, language and behavioral problems such as reduced school performance and increased aggression. Pregnant women and young children are particularly vulnerable to lead exposure, the group said in its statement. Lead has also been linked to infertility and miscarriage, it said.

Procter & Gamble Co‘s makes Cover Girl brand and France‘s L’Oreal is one of the largest cosmetic companies in the world.

Over the last three months, more than 20 million toys made in China have been recalled, mostly due to the use of lead paint.

The coalition said that some less expensive brands it had tested, such as Revlon, had no detectable levels of lead, while the more expensive Dior Addict brand had higher levels than some other brands.

The Cosmetic, Toiletry and Fragrance Association trade group said in a statement that lead was a naturally occurring element that was not intentionally added to cosmetics.

The FDA has “set strict limits for lead levels allowed in the colors used in lipsticks, and actually analyze most of these to ensure they are followed,” the association’s statement said. “The products identified in the (CSC) report meet these standards.”

L’Oreal’s U.S. arm said its products are reviewed and tested by a safety team that includes toxicologists, pharmacists and doctors.

“All the brands of the L’Oreal Group are in full compliance with FDA regulations” as well as safety requirements in international markets, L’Oreal USA said in a statement.

P&G said in a statement that the quantity of lead a consumer might be exposed to from its lip product “is hundreds of times less than the amount that she would get from eating, breathing and drinking water.”

“Lead builds up in the body over time and lead-containing lipstick applied several times a day, every day, can add up to significant exposure levels. The latest studies show there is no safe level of lead exposure,” said Dr. Mark Mitchell, president of the Connecticut Coalition for Environmental Justice.

I went out of town recently and saw LaShell Griffin in a play and WOW– she can sing, sing, sing.  This is the title track from her first cd, Free.  Great CD – I love this song and “Get Away.”  LaShell is the winner of Oprah’s Pop Star competition.

We are hard pressed on every side, but not crushed; perplexed, but not in despair; persecuted, but not abandoned; struck down, but not destroyed.

Have a Wonderful Week!